The 13th Belgrade Problem Chess Festival was held during the last weekend of May, in the same period as year before. The central event, Open Solving Championship of Serbia, attracted 29 solvers from 10 countries. It was a nice surprise to see some rare guests from Greece and Macedonia, all of whom made results over expectations. Among them, Nikos Sidiropoulos from Greece got FM norm and missed bronze medal for 0.25 points. Regretfully, Marcos Roland had to miss the event because of temporary illness, although he came to Belgrade all the way from Rio de Janeiro…

We had a pleasure to meet the both main organizers of the Ohrid WCCC 2018, Zoran Stojčevski as participant who entered rating list for the first time, and the fateful OCSC director Ivan Denkovski, who once again made a wonderful selection of problems for solving.

The system with 4 rounds (12 problems), lasting 1 hour each, was slightly modified as compared to the previous year, having the first two rounds on Saturday and the last two on Sunday. Bojan Vučković emerged as a convincing winner in a strong field, whose average rating (the first 10 participants) of 2.462 points belonged to the 4th category of the World Solving Cup 2017/18, and was the third highest this year.

As many times before, the Faculty of Mechanical Engineering hosted the OCSC, thanks to the professor Miloš Nedeljković. All other events were held in the Belgrade Chess Club, whose president Aca Milićević opened the festival and presented the guests with souvenir booklets about Serbian frescos.

The Belgrade Internet Tourneys got a new director, our young problemist Marko Ložajić, who also took the role of interpreter. This year, BIT C was really special, marking 50th birthday of our regular guest and lecturer Dinu-Ioan Nicula. Dinu himself was the judge of both composing and solving tourney of BIT C, the later being very difficult for solvers and equally entertaining. Apart from preparing special cups and gifts for both tourneys, Dinu gave us a very interesting lecture „Diagrams of a road-movie” about his different interests in movie critics, crossroads, chess, and of course – chess composition and its history. We all got to know our friend from many surprising angles!

Another outstanding lecture was given by Andrey Selivanov: „White AUW in S# - different thematic combinations”, presenting some brilliant thematic achievements in modern selfmate.

Branislav Djurašević traditionally organized Saturday excursion. This time it was a walk around the Ada Ciganlija Lake. The same evening, Miloje Ilić organized a new event – a gemological exhibition for the participants.

At the Sunday closing ceremony, the cups, medals and gifts were presented by Borislav Gadjanski, the president of the Serbian Chess Problem Society. The famous chess printing house Chess Informant donated valuable books, while Dušan Perović prepared some special gifts and refreshments.

This year festival engaged most of the organizers of the Belgrade WCCC 2016, including Djurica Serafimović and Mihajlo Vujasinović. Last but not least, Milomir Babić remained the one who takes care of joyful atmosphere, with the help of his well known home made specialities.

09:00 Open Solving Championship of Serbia, round 4 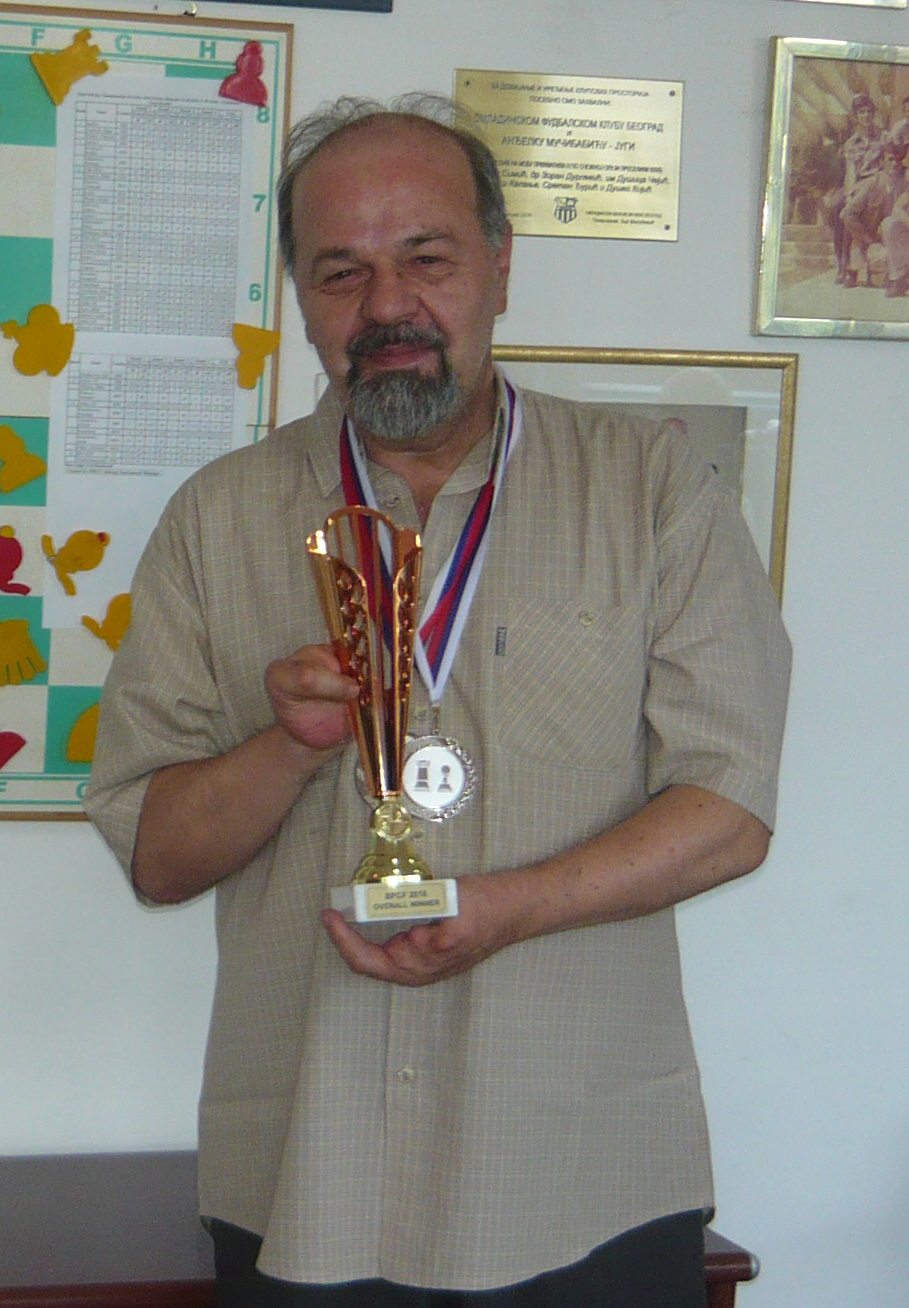