The 14th BPCF followed the motto something old and something new. The good old side of the tradition was having many enthusiasts in the organizing team, while the good new sides were new participants, new supporters, and – hopefully – some interesting novelties in the format of the festival.

The Belgrade Internet Tourneys were directed once again by Marko Ložajić. Our young director, now more experienced, did a marvellous work, this time from far away Tuebingen University, in spite of being busy with graduation there. After many years of relying on domestic judges, the BIT 2019 got precious support from distinguished foreign composers. Our sincere thanks go to Paz Einat, Vitaly Medintsev and Petko Petkov, each of whom suggested an interesting theme and prepared a carefully argumented award in very little time.

This remote part of the organizing team was invisible to the participants gathering in Belgrade, where the rain and wind kindly fell quiet during the last weekend of May. At the meeting place, the program started on Friday evening, with a new kind of solving competition, invented and realized by Branislav Djurašević. The name GradUal Endgame Solving Show (GUESS), associates to the sometimes needed guessing when solving a study move by move. It was not easy to guess that Dragan Stojnić would win the competition, ahead of Dmitry Pletnev and Dinu-Ioan Nicula. The new and entertaining competition, replacing our Composing/Solving/Judging experiment, could have a nice future.

The Saturday program was somewhat condensed this time, with good reasons. The Open Solving Championship of Serbia, directed traditionally by Ivan Denkovski, took place in the first part of the day. According to the average rating of the top ten solvers (2.396,65), the OSCS fulfilled conditions for the sixth category World Solving Cup event, only 3,35 points shy of the fifth one.

Bojan Vučković defended his title, ahead of the newly crowned European champion Danila Pavlov, and another member of the Russian team that won the European title in Athens, the same month, Evgeny Viktorov. The Belgrade hosts are proud of their two juniors’ successes: Ilija Serafimović has won his first FIDE Master norm, and Živojin Perović added more rating points to those gained in Athens.

Saturday evening concluded the official part of the 14th BPCF. It contained highly interesting mini-lectures. As always, Dinu-Ioan Nicula shed some colorful light on a part of Romanian chess composition history. Once again, Andrey Selivanov provided us with the pleasure of following new investigations in the field of Selfmate, and Branislav Djurašević presented twins inspired by one classical study.

Many cups, medals and gifts were delivered by Borislav Gadjanski, the president of the Serbian Chess Problem Society. Among them, the cup for the Overall winner of the Festival was convincingly won by Dragan Stojnić, according to the points in the biathlon, comprised of the composing and solving competitions.

However, the official end wasn’t the end. Sunday brought a chance for the guests to join the 6th Israel Open Solving Championship in Belgrade. Dean Miletić took up the role of the local controller, and Miodrag Mladenović was there to help, with his powerful STM system. Danila Pavlov was the convincing winner, not only in Belgrade but in the overall standings, among solvers from 17 countries.

No less than 20 people gladly joined the organizing team of the 14th BPCF. Apart from those mentioned above, our special gratitude goes to Aca Milićević, the president of the Chess club Beograd, and Miloš Nedeljković, a professor at the Faculty of Mechanical Engineering. As before, these two institutions hosted all the events, while the Slavija Hotel offered reduced prices for the participants.

Dušan Perović prepared gifts and refreshments, in cooperation with the ES Commerce Company from Prijepolje. Djurica Serafimović took care of many operative duties, and Milomir Babić ensured various joys for the participants, including the brand new book with his selected compositions.

18:00 Closing Ceremony for the official part of the program 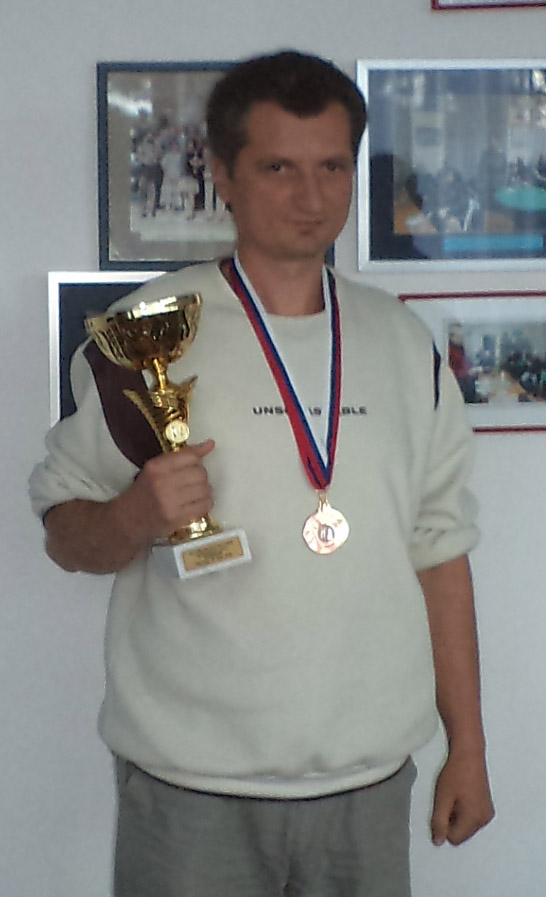