This is the first time to present Belgrade Festival in a form of a website, with all diagrams animated, photos of winners and judges in composing and solving competitions, and other information you can find starting from upper menu. We hope you will enjoy it!

After a break in 2016, the year that Belgrade problemists devoted to the 59th WCCC, our spring festival renewed its tradition. At the end of May, participants from 9 countries faced several novelties in our usual program. First of all, our host, the Chess Club Beograd, changed its location. It moved from the suitable place in the center of the city to the home of the Football Club Beograd. On the positive side, the change brought some more space, and a more sportive atmosphere, on the top of a sports stadium. We were thinking about extending our competitions to some races around the football field, but the idea looked too risky

Instead, we changed the format of the Open Solving Championship of Serbia, reducing it from 18 to 12 problems. The idea was to allow a more relaxed time, especially on the final day, when some participants usually hurry home. Accordingly, the time for solving was reduced from 6 rounds in 6 hours to 4 rounds lasting 1 hour each.

The format, and the problems selected by our faithful director Ivan Denkovski proved to be difficult for solvers, in spite of the strong field producing the high 5th category in the World Solving Cup 2016/17. Except the convincing winner GM Vladimir Podinić, all other contenders were bellow 40/60 level.

The general format of the Belgrade Internet Tourneys remained the same, with #2, h#2, and fairy section. The Group C was again judged by the solvers, but this time it introduced a new fairy genre Helpselfmate Max. The new condition provoked lively reactions on the Mat Plus Forum and produced highly inspiring compositions. It also engaged our youngest problemist.

Once again, there were some critics of our traditional limitation to 1 problem per author per group, but the quality of all 3 BIT groups, after only 1 month of composing, was really impressive! The general intention of BIT to offer original and thought-provoking themes worked well, and not less than 62 composers assured lively comments on the MPF when the results were published. A trend to be noticed is the rise of Indian composers!

Our regular “biathlon” brought an exciting run of two participants, equally successful in solving and composing, with identical numbers of points according to the announced scale. It was good to see that both Overall Winners, Marko Klasinc and Srećko Radović, used the BPCF opportunity to be much more active in composing than usually!

Last but not least, we had the pleasure of following three interesting mini-lectures. Dinu-Ioan Nicula became the symbol of BPCF lectures, giving us a wealth of information about the great personalities from Romanian chess composition, this time about Valerian Onitiu.

Andrey Selivanov decided in the last moments to join BPCF. It was still enough of time for him to prepare a short but attractive selection of selfmates provoking checks to white King.

Marko Klasinc presented his latest work with Fadil Abdurahmanović on defining and developing different forms of the Klasince theme in h#. Initially defined as a h#3 combination, it spreads lately to h#n and also to h#2, as could be noticed from Group B of BIT 2017.

We remain grateful to Chess Club Beograd and its president Aca Milićević, who offered usual hospitality, and souvenires for all our foreign guests. The other tireless chess organizer, prof. Miloš Nedeljković, assured once again very good conditions for the main solving hall, in the Faculty of Mechanical Engineering. Finally, it was a special pleasure to have parents of our youngest problemists actively involved in organization: Dušan Perović, Đurica Serafimović and Dragan Mijatović.

10:00 Open Solving Championship of Serbia, round 4 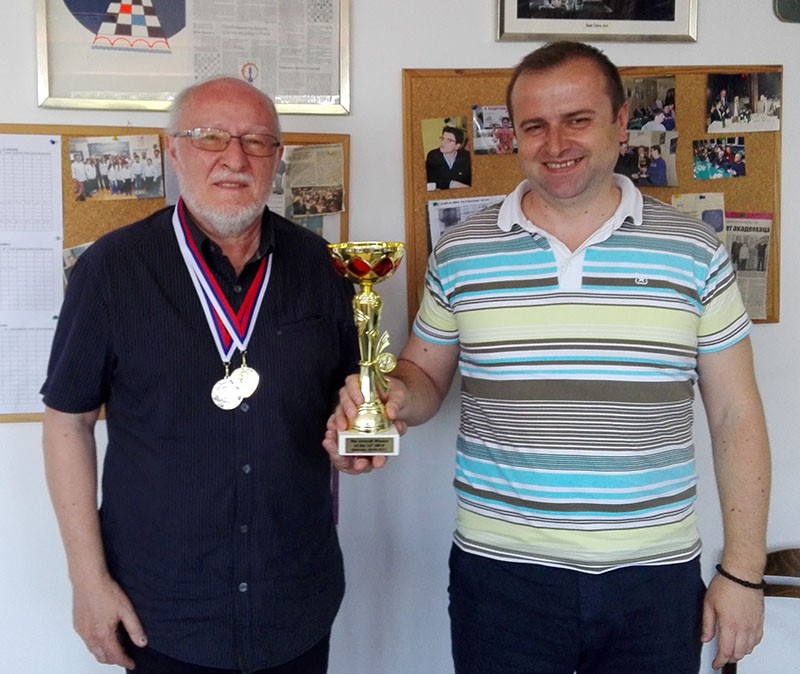 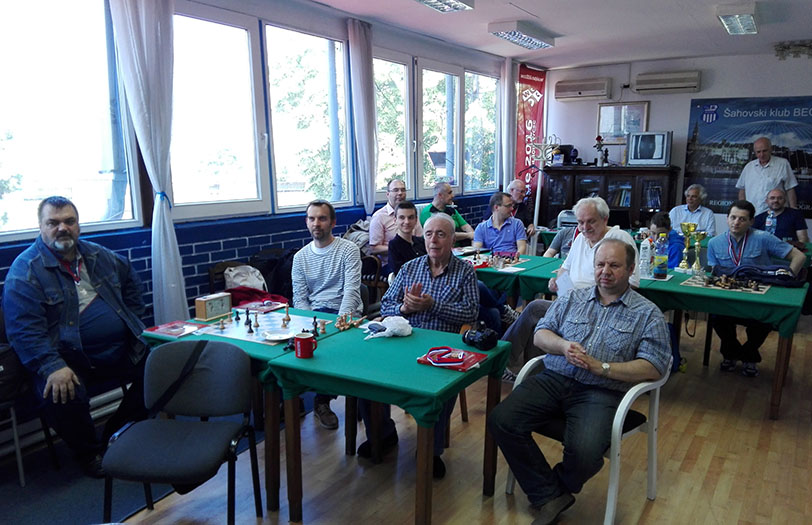 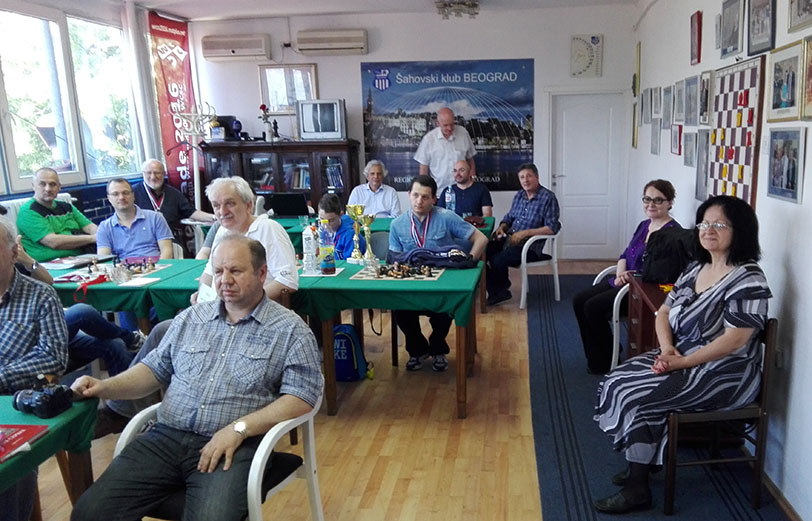 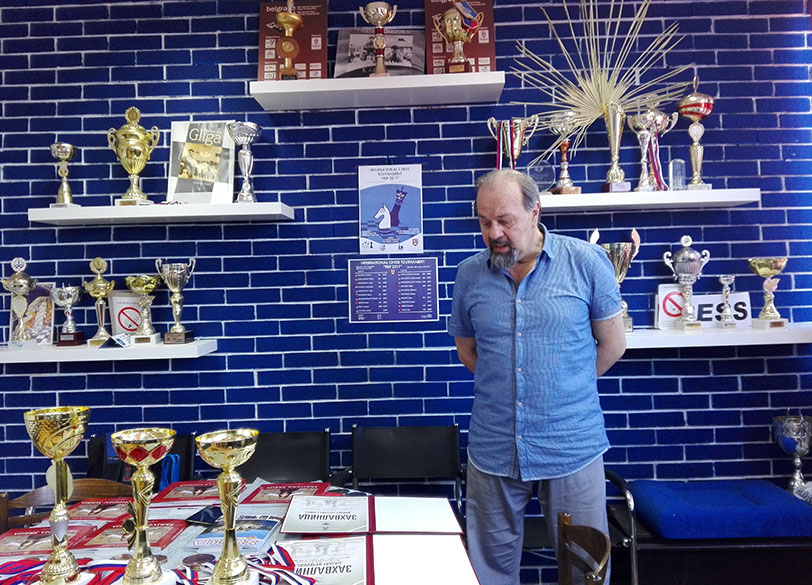 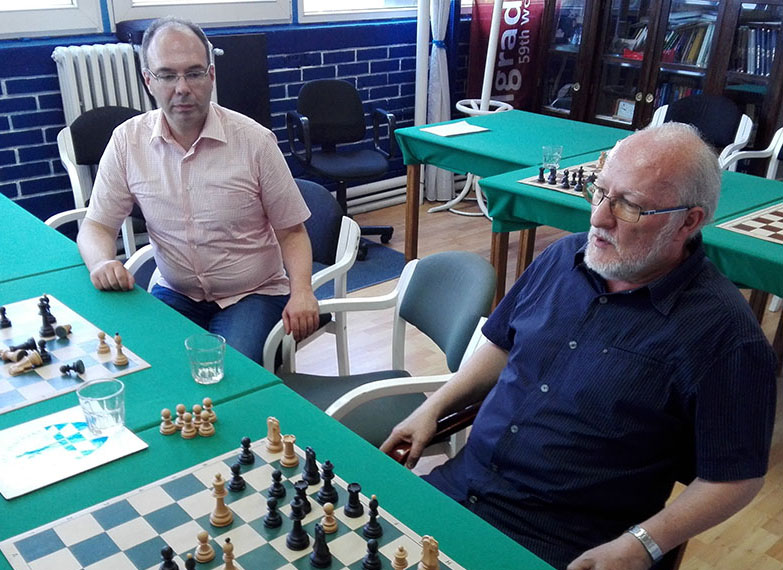